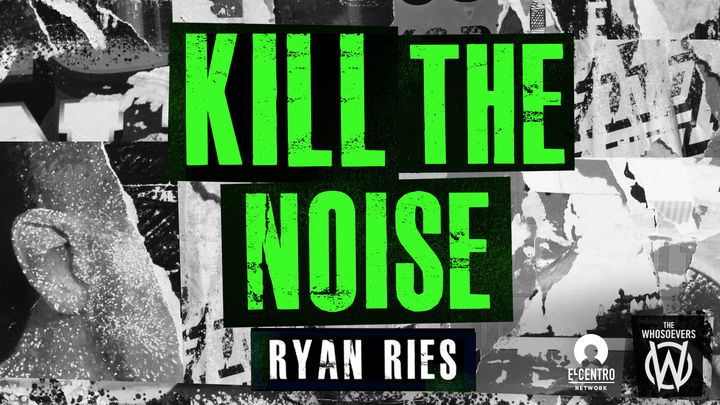 It amazes me how quickly time seems to go as we arrive at the last day of our “Kill the Noise“ devotional.

Its description captured my attention when it spoke to “playing”, I over the years will say in meetings “let’s play pretend” which tends to allow people to come along and to make sure there isn’t any deception I tell them how it usually means “let’s play for real” so that we are on the same page and that most people will come along on playing pretend whereas others are hesitant to play for real. The description says it this way: “Too many people are playing at being Christians, and some haven’t yet taken even the first step of belief.” The key for us to grab hold of in order to be the dads God created us to be is that we need to draw closer to Jesus and allow Him into every aspect of our lives. Let’s be the dads who allow Jesus to be Lord of all of our lives so that we don’t end up where we discover that we never allowed Him to be Lord at all. Today’s intro speaks to us to be the dads that allow Jesus to continue to get closer to us when it says: “No matter where you are in your spiritual walk, Jesus wants you closer.” Let’s be the dads who are seeking God’s purpose, plan, and will for our lives! Let’s be the dads who grab hold of the reality that “He’s got a perfect plan for your life – a plan for purpose, peace, joy, and eternal life.” Let’s be the dads who choose to be authentic! Let’s be the dads who choose to be real! As this devotional says: “All it takes is you deciding that the poser life is not for you. You’re going to be fully committed!” Are you ready? Are you willing? Are you able? Remember all things are possible for those who believe! We will be the dads who are able as long as you believe, then God can do anything in your life! If you believe. you see, God is able to do all things, and he does them according to his plan and according to his purpose, and according to his will. That’s right, it takes faith!

Today’s devotional gets us started with the following verses:

‘As Jesus and his disciples were on their way, he came to a village where a woman named Martha opened her home to him. She had a sister called Mary, who sat at the Lord’s feet listening to what he said. But Martha was distracted by all the preparations that had to be made. She came to him and asked, “Lord, don’t you care that my sister has left me to do the work by myself? Tell her to help me!” “Martha, Martha,” the Lord answered, “you are worried and upset about many things, but few things are needed—or indeed only one. Mary has chosen what is better, and it will not be taken away from her.”’

‘Six days before the Passover, Jesus came to Bethany, where Lazarus lived, whom Jesus had raised from the dead. Here a dinner was given in Jesus’ honor. Martha served, while Lazarus was among those reclining at the table with him. Then Mary took about a pint of pure nard, an expensive perfume; she poured it on Jesus’ feet and wiped his feet with her hair. And the house was filled with the fragrance of the perfume. But one of his disciples, Judas Iscariot, who was later to betray him, objected, “Why wasn’t this perfume sold and the money given to the poor? It was worth a year’s wages. ” He did not say this because he cared about the poor but because he was a thief; as keeper of the money bag, he used to help himself to what was put into it. ‘

Let’s be the dads who consider where we are at today and what God has planned and purposed, prepared in advance for us to accomplish. Let’s be the dads who grab hold of what God has to tell us through His Word today and how we can apply it in and through our lives today! God’s Word is alive and knows exactly where we are at today! God’s Word is alive and active, ready to speak right into our very situation! God’s Word can cut to the core so that we can get to the point and work on it!

Takeaways from Today’s Devotional:
“No Posers“